The Gulf of Mexico is often a very calm body of water along the St. Joseph Peninsula, however it can also be very dangerous (like all bodies of water) under certain conditions....even for the very best swimmers.  Be sure to check the Beach Warning Flags located at the north and south fire stations on the Cape or by clicking below.

You can see the current water conditions and any warnings for Cape San Blas here.

You can see the current beach warning flag for Cape San Blas here. 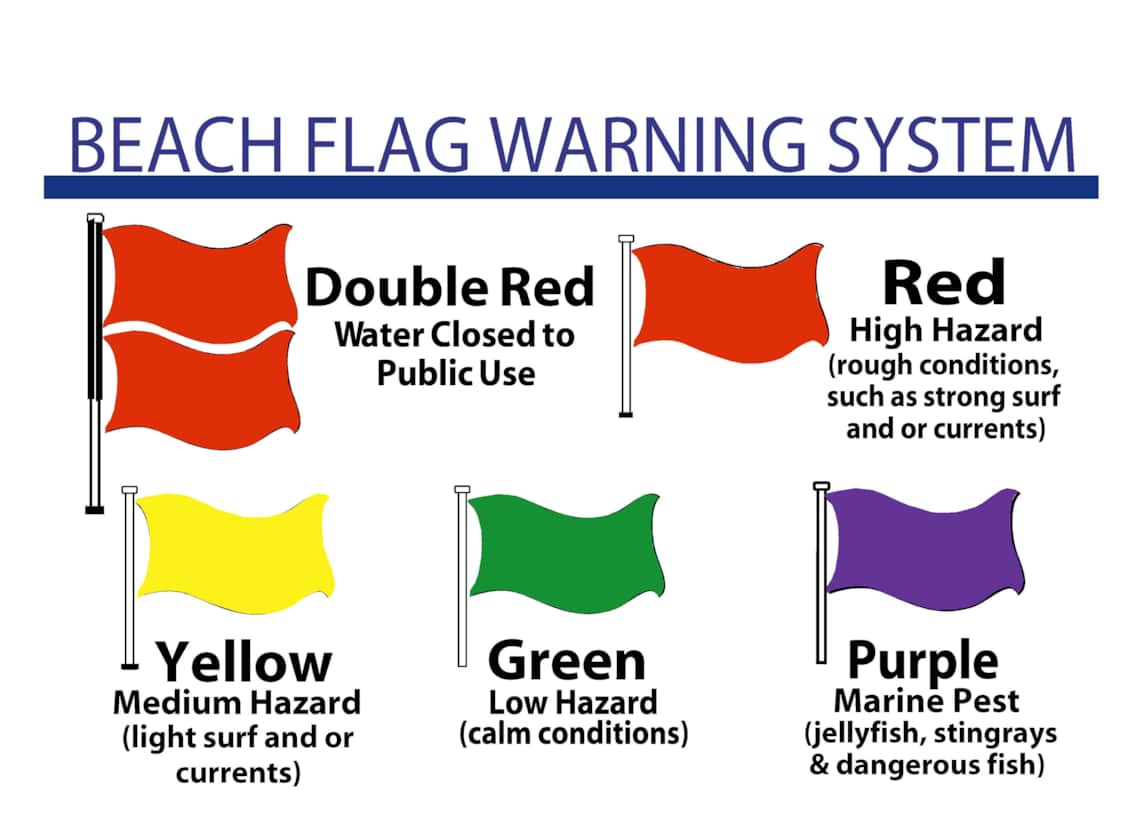 As longshore currents move on and off the beach, “rip currents” may form around low spots or breaks in sandbars, and also near structures such as jetties and piers. A rip current, sometimes incorrectly called a rip tide, is a localized current that flows away from the shoreline toward the ocean, perpendicular or at an acute angle to the shoreline. It usually breaks up not far from shore and is generally not more than 25 meters (80 feet) wide.

It is a misconception that rip currents occur only on bad weather days. This is not correct and rip currents can occur on sunny days when the waves are only 2-3 feet high. rip currents are not related to the weather but rather to the waves, tides, and shape of the bottom.

Rip currents typically occur a low tide when waves are breaking near a significant sand bar with a channel.

How to Escape A Rip Current

The very best thing to do if you get caught in a rip current is to stay calm.  The current will not pull you under. It will just pull you out from the shore.  Call and wave for help.  Don't swim back to shore. That will tire you out. Swim out of the rip parallel to the shore along the beach and then follow breaking waves back to shore at an angle.

Loading...
Upps!
You're running a web browser we don't fully support. Please upgrade it for a better experience.
Our site works best with Google Chrome.
How to upgrade the browser